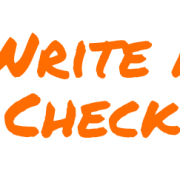 This holiday season, as you’re besieged by end of the year fundraising emails, don’t overlook Ohio’s only charity that consistently defends your constitutional rights and limits government.

Here are a few reasons to make room in your budget to contribute to liberty in Ohio before the end of the year:

And precisely because we are supported by individuals like you, we can’t be bought by special interests, big corporations, labor unions or politicians. Our work will never deviate from our mission: achieving your freedom from government force. We are the only “special interest group” representing Ohioans who oppose special interests.

With your help, we are a force for long-lasting change, rather than a tactic to win the next election.

If you’ve already donated this year, thank you for making our work possible.

If not, help us continue to serve you with your support

If your donation is dated before December 31, you’ll be able to take a tax deduction on this year’s taxes. Otherwise, please consider funding freedom a first priority of the New Year.

Together, we can preserve and restore your liberties, and make Ohio more free. 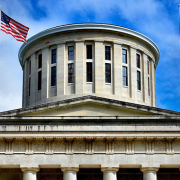 Cincinnati, OH – On Thursday, December 10, the Sixth Circuit Court of Appeals heard oral arguments on whether government officials must reimburse the victims of their unconstitutional conduct for the costs and expenses imposed by that conduct.

In late 2013, federal judge Michael Watson sided with the 1851 Center in Citizens in Charge v. Husted, determining that a “residency requirement” reenacted through Senate Bill 47 violated Ohioans’ First Amendment rights by prohibiting them from working with out-of-state petition circulators on their initiative. Thereafter, the Ohio Attorney General insisted that the Secretary of State Husted was nevertheless “immune” from damages for the harm he imposed on a conservative pension reform effort in Cincinnati.

In March, Judge Watson denied the plea for immunity, explaining that Mr. Husted may indeed be liable for the harm he inflicted because the plaintiffs’ constitutional rights were “clearly established,” and any reasonable public official would have known that the residency requirement was unconstitutional (the same requirement had been held invalid in 2008).

The Attorney General appealed, even though Mr. Husted does not deny that he violated Ohioans’ rights. Instead he claims that, as a government official, he should be absolutely immune from personal liability when enforcing statutes enacted by the legislature, irrespective of their constitutionality.

The parties filed briefs, and on December 10, the 1851 Center argued that government officers should be personally liable, rather than “immune,” when they violate Ohioans’ clear constitutional rights.

“Public officials should be held accountable for the harm they inflict when violating Ohioans’ rights, not their innocent victims,” according to Maurice Thompson, Executive Director of the 1851 Center. “If public officials from the governor down through the police know that they will be liable for enforcing an unconstitutional law, they are far more likely to take Ohioans’ constitutional rights seriously. We would like to end the ‘I don’t make the law; I just enforce it’ mentality that many public officials use to escape liability for the harm they cause.”

If the State prevails in its appeal, public officials – whether police, bureaucrats, or politicians – may well be authorized to violate Ohioans’ rights without consequence.