Columbus, OH – Supporters today will deliver more than 546,000 signatures to the Ohio Secretary of State to place the Ohio Health Care Freedom Amendment on the November ballot.   The amendment would add a 21st Section to Ohio’s Bill of Rights “to preserve the freedom of Ohioans to choose their health care and health care coverage.”
END_OF_DOCUMENT_TOKEN_TO_BE_REPLACED 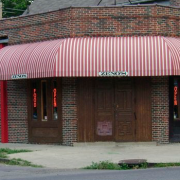 This case is brought on behalf of Zeno’s Victorian Village, a family-owned Columbus tavern.

The Center argues the smoking ban unconstitutionally deprives business owners of fundamental property rights. It also argues that the state health officials’ methods while enforcing the ban exceed their constitutional authority and is at odds with the plain language of the ban.

In September, 2009, the 1851 Center offered to defend Zeno’s pro bono, challenging the constitutionality and enforcement of the Ohio smoking ban, after the Attorney General’s office filed a lawsuit to make an example of Zeno’s. The Center sought an injunction to prevent the Ohio Attorney General from seizing Zeno’s tavern and its assets to collect on faulty smoking ban citations. The suit was part of the 1851 Center’s ongoing defense of tavern owners unfairly victimized by the state’s smoking ban.

The legal center argued Ohio’s smoking ban unconstitutionally deprives business owners of fundamental property rights. It also argued that the state health officials’ methods while enforcing the ban exceeded their constitutional authority and is at odds with the plain language of the ban.

Oral Arguments were made before the Ohio Supreme Court in October, 2011; we are currently awaiting the court’s decision.

The Supreme Court of Ohio has agreed to become the first state supreme court in the nation to determine whether a statewide smoking ban violates bar owners’ property rights. The Court has also agreed to review whether the Ohio Department of Health has consistently exceeded its authority in fining business owners under the ban.

The 1851 Center for Constitutional Law, a public interest law firm, yesterday asked the Ohio Supreme Court to make a final determination on the legality of Ohio’s state smoking ban, and its enforcement. The legal center argues that state health officials’ misguided enforcement of the law violates Ohio constitutional protections, and unduly punishes innocent business owners. Also, the center argues the law itself is unconstitutional, when applied to certain types of bars. A copy of the court filing is available here.

Ohio Department of Health officials and the Attorney General have substantially overstepped their authority in enforcing the state’s smoking ban law, a Franklin County Common Pleas Court ruled. In a cased won by the 1851 Center for Constitutional Law, a non-profit constitutional rights advocacy firm, Judge David E. Cain vacated all fines against Columbus bar Zeno’s. The decision renders the state’s current enforcement of the Ohio Smoke Free Workplace Act invalid and will require government officials to readdress its tactics.

Specifically, the court determined current enforcement of the state smoking ban unduly punishes innocent business owners. In explaining the decision, Judge Cain wrote, “when an individual is asked to stop smoking but refuses, liability is transferred from the property owner to the individual.”

“Law-abiding business owners have a right to operate their establishments free from the tyranny of government officials who overstep their authority and trample personal property rights, all while in pursuit of the extraction of fees,” said 1851 Center Director Maurice Thompson. “This decision should give pause to officials who cavalierly issue $5,000 fines without regard for the negative economic impact their actions impose on law-abiding small business owners.”

Ohio Townships do not have the power to levy taxes.  That’s why they call them “fees.” This case argues that “fees” on new homeowners and developers are really taxes and are unconstitutional.

On February 14, 2011, the 1851 Center for Constitutional Law filed an amicus brief with the Ohio Supreme Court, on its own behalf and on behalf of the Tax Foundation. The brief argues that Ohio townships, which do not have the power to levy taxes, cannot levy back-door taxes on new homeowners and developers merely by labeling those taxes as “impact fees.”

December 15, 2010 – The Ohio Supreme Court Accepts the Case on Appeal

The 1851 Center filed an amicus brief with the Twelfth District Court Appeals, arguing that Ohio townships, which do not have the power to levy taxes, cannot levy back-door taxes on new homeowners and developers merely by labeling those taxes as “impact fees.”