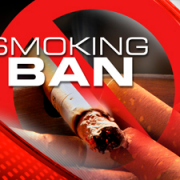 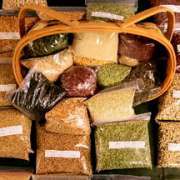 On the morning of December 1, 2008, law enforcement officers forcefully entered the Stowers’ residence, without first announcing they were police or stating the purpose of the visit. With guns drawn, officers swiftly and immediately moved to the upstairs of the home, finding eight children in the middle of a home-schooling lesson. Officers then moved the mother, Jacqueline Stowers, and her children to their living room where they were held for more than six hours. Ohio Department of Agriculture (ODA) and Lorain County Health Department agents forcefully raided the home and unlawfully seized the family’s personal food supply, cell phones and personal computers.

What was the crime alleged against Mr. and Mrs. Stowers that required such use of force?  The state alleged that the couple was operating a retail food establishment without a license.

In fact, the Stowers operate a private-membership organic food cooperative called Manna Storehouse.  There has never been a complaint filed against Manna Storehouse or the Stowers related to the quality or healthfulness of the food distributed through the co-op.

The Center argues the right to buy food directly from local farmers; distribute locally-grown food to neighbors; and pool resources to purchase food in bulk are rights that do not require a license. In addition, the right of peaceful citizens to be free from paramilitary police raids, searches and seizures is guaranteed under the Fourth Amendment to the United States Constitution and Section 14, Article 1 of the Ohio Constitution.

“The Stowers’ constitutional rights were violated over grass-fed cattle, pastured chickens and pesticide-free produce,” 1851 Center of Constitutional Law Director Maurice Thompson said. “Ohioans do not need a government permission slip to run a family farm and co-op, and should not be subjected to raids when they do not have one. This legal action will ensure the ODA understands and respects Ohioans’ rights.”

Such raids are beyond the scope of the purely administrative authority delegated to ODA and county health departments. In enforcing licensure laws, these agencies are only permitted to contract for routine enforcement services. Forceful raids and sweeping searches and seizures are not routine, and exceed the authority granted to ODA and county health departments. The 1851 Center seeks to ensure that such raids do not occur in the future.

On December 19, 2008, The  1851 Center for Constitutional Law took legal action against the Ohio Department of Agriculture (ODA) and the Lorain County Health Department for violating the constitutional rights of John and Jacqueline Stowers of LaGrange, Ohio. The complaint was filed in Lorain County Court of Common Pleas.

The 1851 Center sought an injunction against similar future raids, and a declaration that such licensure laws are unconstitutional as applied the Stowers and individuals like them. The Center also committed to defend the Stowers from any criminal charges related to the raid.

The Center successfully obtained a court order for the return of over $10,000 in food seized by authorities, and appealed the trial judge’s ruling that deems it constitutional to destroy, through regulation, a private-membership organic food cooperative.

June 6, 2011: Court of Appeals Rules Against the Stowers Family

On July 21, Manna Storehouse and the Stowers family moved the Ohio Supreme Court to protect their rights.

The Stowers argued that the state’s imposition on their property rights and right to earn a living requires the utmost scrutiny and must be protected.  They further argued that requiring government permission and licensure to operate their safe and private cooperative converts state government to one of unlimited powers, transgressing the limits of state power, while violating their rights.

The Ohio Supreme Court stated that there was no substantial question for review.

December 4, 2008: WorldView: Swat Team Like Raid on a Farm House in Lagrange

March 3, 2009: Filed in Federal Court: Combined Motion to Amend and Remand asking to remand the case back to the State of Ohio Common Pleas Court.