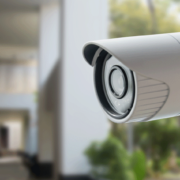 Cincinnati tax on those using home security alarms, whether they call the police or not, violates Due Process, is unconstitutional.

Cincinnati, OH – An Ohio Appellate Court this week ruled unconstitutional a City of Cincinnati ordinance forbidding use of home security alarms by residents unless they first pay the City an annual $100 fee.

The 1851 Center for Constitutional Law’s victory comes on behalf of local residents Vena Jones-Cox and Drew White, who equipped their homes and business with security alarms to protect themselves, their families, and their property from the City’s rising crime.  The City had fined Mr. White $800 for using a home alarm without first paying the City’s alarm tax.

The unanimous ruling by First District Court of Appeals Judges Winkler, Zayas, and Bock, holds that the City must stop collecting the assessments because they “are a tax, and the imposition of that tax is unconstitutional,” reasoning as follows:

The case now returns to the trial court, where Cincinnati homeowners will certify a class action to recover funds the City unlawfully seized from them since enacting the ordinance in 2014.

“Both the state and federal constitutions forbid Ohio cities from charging ‘user fees’ to homeowners who defend their homes or call the police, whether with a home security alarm or otherwise,” explained 1851 Center Executive Director Maurice Thompson.  “This ruling confirms that Ohioans can prevail when cities attempt to swindle them through improper taxes, fees, and assessments.”