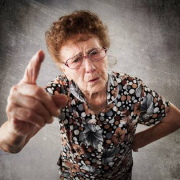 Maple Heights Mayor sued to silence local bloggers for “defamation” and “emotional distress,” and violated their right to free speech in doing so

Columbus, OH – An Ohio Court late Friday dismissed the case of a Cleveland-area Mayor who sued a local family for “an amount in excess of $25,000” after they questioned his job performance on their blog.

The 1851 Center for Constitutional Law’s victory on behalf of Bill and Lynde Brownlee, husband and wife, and their small-town news website, Maple Heights News, reaffirms the principle that citizens’ criticisms of their government officials cannot be silenced when those officials file lawsuits for “defamation” and “intentional infliction of emotional distress,” as Mayor Jeff Lansky had attempted here.

The ruling should provide considerable help to both mainstream news outlets and alternative politically-minded journalists and organizations.

The Brownlees had written a short web article in the summer of 2014 questioning whether the Mayor had kept all of his campaign promises, and further questioning his tax and spending policies. The article strictly addressed the Mayor’s policies, and did not use insulting or harsh language.

The Court further explained that Ohioans are free to share their own conclusions about whether a particular official is ultimately responsible for certain bad outcomes, irrespective of whether that conclusion is technically correct: “It is not unreasonable to attribute actions or events that occur during a Mayor’s administration directly to the Mayor, despite the fact that others were also involved in carrying out the actions or events . . . and the Brownlees reasonably believed that the events and actions discussed in the Article could be attributed to Mayor Lansky. . . Merely because Mayor Lansky disagrees with their interpretation of the facts does not amount to actual malice.”

To emphasize the need to deter such lawsuits in the future, the 1851 Center’s defense of the Brownlees includes a counterclaim to declare Mayor Lansky a “vexatious litigator,” and seeks sanctions against both the Mayor and his lawyer, Brent English, who was recently arrested for frivolous litigation elsewhere. The Court indicated that separate hearings would now be held on those matters.

One prominent undercurrent to the case concerns whether political comments on citizen websites are entitled to the same level of protection as mainstream newspaper, television, and radio media. The Court stressed that under the Ohio Constitution, which is more protective of free speech, “internet” speech is almost always likely to be viewed as “opinion,” and therefore immune from lawsuits for defamation and emotional distress. The Ohio Constitution guarantees “[e]very citizen may freely speak, write, and publish his sentiments on all subjects,” and “no law shall be passed to restrain or abridge the liberty of speech, or of the press.” 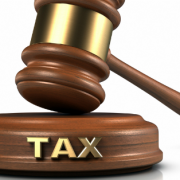 Indian Hill Board of Education raised taxes without a vote, refused to refund money

Cincinnati, OH – After a five-plus year legal battle concluded with an Ohio Court denying all of its objections, the Indian Hill Exempted Village School District Board of Education finally conceded that it must return the $5.5 million that it illegally assessed taxpayers after raising taxes without a public vote in 2010.

The 1851 Center for Constitutional Law’s victory on behalf of a certified class of all school district property taxpayers comes nearly one year after the 1851 Center prevailed in striking down the tax increase before the Ohio Supreme Court. After the Court’s unanimous December 2014 decision, the school district still refused to return the funds, requiring the Center to file a class action lawsuit in January of 2015.

In affirming that Ohio taxpayers maintain a constitutional right to recover unlawfully-imposed taxes, Judge Martin of the Hamilton County Court of Common Pleas denied the Board’s Motion for Summary Judgment, rejecting the Board’s position that it was not required to return any of the funds, or that in the alternative, it was required to return $2 million at most.

Indian Hill School District property taxpayers can expect a refund check by March 1, 2016. Amounts are expected to be approximately $1,000 for the average taxpayer, and much greater for many others.

“The outcome of this case reflects the principles that property taxes cannot be increased without a vote by citizens, unlawfully-collected taxes must be returned to those taxpayers from whom they were taken, and government must pay interest to taxpayers when it has kept their funds for many years, as here,” said Maurice Thompson, Executive Director of the 1851 Center for Constitutional Law.

“These results should dissuade other school districts from attempting to unlawfully raise taxes. Nevertheless, Ohioans should have a hard look at their school board members, who, absent scrutiny, could quite literally be getting away with theft, as would have otherwise happened here.”

Due to the class-action status of the case, the Court of Common Pleas will hold several hearings over the coming months to finalize the case, including addressing the administrative complexities of issuing pro rata refunds not just to current homeowners in the district, but to those that owned homes during the period of illegal taxation.

Rather than settling the matter in January, the Board diverted nearly $200,000 from funds earmarked for the education of school district children to pay attorneys fees of $400 per hour. Unable to find Cincinnati law firms willing to defend its practices, the Board opted to hire a firm consisting of Washington D.C. lobbyists and Cleveland lawyers.

The Board and its lawyers argued that it was entitled to keep the taxpayers’ money because each and every taxpayer did not file an individual protest letter with each and every property tax payment, and further argued that perhaps it could have legally raised taxes, albeit to a lesser extent, in the absence of the unlawful tax increase that it chose.

The 1851 Center countered by explaining that state and federal Due Process Clauses have been held to require the return of unlawfully-charged taxes. The Court took little time in flatly rejecting the firm’s arguments and siding with the 1851 Center.

“Judge Martin should be commended for scrutinizing and seeing through the Board’s outlandish arguments rather than just reflexively siding with government – – the Court deserves credit for doing justice for Ohio taxpayers,” added Thompson.

Columbus, OH – An Ohio Court ruled that the City of Perrysburg’s attempt to immediately seize the land of eleven local homeowners exceeds its power, given the Ohio Constitution’s protection of private property rights.

The 1851 Center’s victory curtails the abuse of a practice known as “quick-take,” where governments claim to immediately own private property upon the filing of a Complaint, before any hearing or trial. While the Ohio Constitution sanctions this immense power for “making or repairing of roads,” local governments have increasingly sought to use quick-take for many other purposes.

In striking down the City’s attempt to use quick-take here, Judge Woessner of the Wood County Probate Court concurred that the practice cannot be expanded beyond roads, holding as follows:

“The Court’s ruling is a victory for private property rights across Ohio,” explained Maurice Thompson, Executive Director of the 1851 Center. “Governments have increasingly been using quick-take for anything and everything, rather than just for roads, intimidating Ohioans and stripping them of their right to mount any legal objection in court. This ruling helps ensure that meritorious arguments against eminent domain will now be heard – – and that in turn means that many more eminent domain abuses will be stopped.”

The City had sought to immediately seize property for sidewalks, a bike path, and what it cryptically referred to as “other municipal purposes.” Ohio cities may still acquire property for such purposes; however the Court’s ruling clarifies that they must attempt to negotiate and agree with homeowners, rather than exercising force as a first option.

Read the Homeowners’ Motion for Judgment on the Pleadings HERE