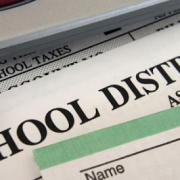 Columbus, OH – The Supreme Court of Ohio on Tuesday heard oral arguments on whether Ohio school districts need voter permission to raise property taxes that collect tax revenue that the districts do not need or use, even as they run considerable budget surpluses and stockpile cash reserves.

The 1851 Center asserts, on behalf of the taxpayers of the Indian Hill School District, that the District violated state law in 2009 when it raised property taxes by 1.25 mills ($400 per year, on average, for Indian Hill households), without voter permission, while already, without the tax increase, running multi-million dollar budget surpluses and maintaining a free and clear cash reserve of over $25 million.

The case centers around Ohio Revised Code Section 5705.341, which provides “no tax rate shall be levied above that necessary to produce the revenue needed by the taxing district or political subdivision for the ensuing fiscal year,” and “Nothing . . . shall permit . . . the levying of any rate of taxation . . . unless such rate of taxation for the ensuing fiscal year is clearly required by a budget of the taxing district.”

The case also draws upon Section 2, Article XII of the Ohio Constitution, which forbids property taxation “in excess of one per cent of its true value in money for all state and local purposes,” except by approval of the voters.

“If Indian Hill – – Ohio’s wealthiest school district – – can use public budgeting gimmicks to raise property taxes without a vote, then any school district in Ohio will be able to follow suit. A victory in this case is important to protecting taxpayers here and also in many other school districts,” said Maurice Thompson, Executive Director of the 1851 Center for Constitutional Law.

“Running exorbitant budget surpluses and maintaining a thick bank account may echo fiscal responsibility to some; however, this means the school district is taking from taxpayers money that it does not need- – over-taxing them rather than allowing them to keep and use their own money for their families’ betterment.”