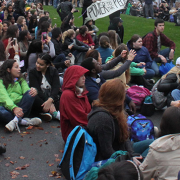 Cincinnati, OH – A federal court today permanently enjoined the University of Cincinnati’s blanket prohibition on student political speech on campus as a violation the First Amendment. The ruling, made by Judge Black of the Cincinnati division of the Southern District of Ohio, paves the way for a likely overhaul of many campus speech policies throughout the state and nation.

The ruling also permits members of the student group Young Americans for Liberty (“YAL”) to advocate and collect signatures for the Ohio Workplace Freedom Amendment on campus.

In his June 12 decision preliminarily enjoining UC policies, Judge Black emphasized “It is simply unfathomable that a UC student needs to give the University advance notice of an intent to gather signatures for a ballot initiative. There is no danger to public order arising out of students walking around campus with clipboards seeking signatures.”

In that decision, the Court further ordered UC to craft “more narrowly tailored regulations that regulate student expressive activities . . . only as are necessary to serve a compelling government interest.”

In response, newly crafted University of Cincinnati speech policies permit unfettered free political speech, including signature gathering, by students, without notice to the University, for groups smaller than 25, and regulates only groups of 5,000 or more.

“We are pleased that the federal court has resolved this matter in favor of free speech, and against government control of young minds. UC is an arm of the state that receives state and federal tax dollars since its inception, all in the name of ‘public education,’” said Maurice Thompson, Executive Director of the 1851 Center.

“It was unwise, and ultimately unconstitutional, for UC to advance public education by shielding its students from actual education on public policy issues that affect all Ohioans. Fortunately, the First Amendment allows us to protect the education of UC students from their educators; it further protects the right of students to calmly address facts and arguments that UC would rather suppress, and to do so without prior permission.”

Multiple Ohio colleges and universities maintain speech restrictions similar in kind, although not as extensive, as those of the University of Cincinnati – – the Foundation for Individual Rights in Education recently named UC’s speech policies the worst in the nation.

The Court’s preliminary and permanent injunction orders can be viewed HERE.

The Foundation for Individual Rights in Education (FIRE; thefire.org) is a nonprofit educational foundation that unites civil rights and civil liberties leaders, scholars, journalists, and public intellectuals from across the political and ideological spectrum on behalf of individual rights, due process, freedom of expression, academic freedom, and rights of conscience at our nation’s colleges and universities.

Young Americans for Liberty is a national student membership organization dedicated to recruiting, training, educating, and mobilizing students on the ideals of liberty and the Constitution.

August 23, 2012: Daily Caller: U. of Cincinnati loses free speech lawsuit — is another Ohio college next? 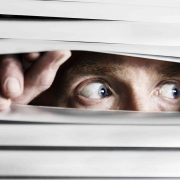 To hold their elected officials accountable, a conglomerate of conservative, libertarian, and tea-party groups representing Ohio taxpayers have recently devised two pledges for state legislative candidates. These pledges are directed toward educating Ohio voters as to who can be counted on to limit onerous taxation and regulation.

Specifically, the taxpayers call upon legislative candidates to pledge that they (1) will not vote in a manner inconsistent with health care freedom; and (2) will note vote to impose a severance tax on fledgling oil and gas production in Ohio.

As citizens began to ask candidates to sign this pledge, something interesting – – beyond a policy debate – – happened: some Republican candidates began to balk at the idea of a pledge.

Rather than take a stance, some candidates have even responded that the request that they take the pledge is illegal, and that the person asking them to sign it could be fined out of house and home.

While it’s unclear how vastly this view is held amongst the Ohio Republican Caucus, or Democrats, for that matter, two things are clear: (1) it’s not a violation of a law to ask one’s candidate to sign the pledge; and (2) the statute is, itself, flagrantly unconstitutional.

Columbus, OH – Proponents today delivered over 5,100 signatures to the Franklin County Board of Elections to place an effective repeal of the March school levy tax increase on the November ballot. So long as 3,585 of these signatures are declared valid, the initiative would effectively repeal the 6.71 mil tax increase narrowly approved in March, after taxpayers defeated a similar measure at the November 2011 general election.

Proponents’ internal validation tests indicate that over 90 percent of collected signatures are valid – – an amount well in excess of the needed threshold.

The effort, spearheaded by Taxpayers for Westerville Schools and represented by the 1851 Center for Constitutional Law, marks the inaugural action of the 1851 Center in facilitating taxpayers’ use of a previously obscure section of the Ohio Revised Code to lower their school district tax burdens, while forcing Ohio school districts to control spending and reign in labor costs rather than raising taxes.

Inundated with interest, volunteer Westerville residents gathered the 5,100-plus signatures in just three months, despite virtually no financial resources.

“Westerville residents’ achievement today is an inspiring example for taxpayers around the state.” said 1851 Center Executive Director Maurice Thompson. “Disingenuous Ohio school districts choose political gamesmanship over fiscal responsibility, placing tax hikes on the ballot at low-turnout elections. Tax rollback projects like this are an essential tool to fight back against this gamesmanship — by subjecting the tax increase to the general election ballot, when those who aren’t ‘on-the-take’ vote.”

“We are particularly pleased to begin this project in Westerville, the highest-taxed school district in central Ohio, and also the longtime home of our Governor,” added Thompson. “We hope that the Governor and other state officials take note of these local tax abuses and reform the policy statewide. Until that time, we will vigorously address this issue.”

The 1851 Center has called on state officials to reduce the number of times per year school districts may place tax increases on the ballot from three to one – – the general election held each November. Due in part to these special election tax increases, Ohioans’ local government tax burden is the sixth highest in the nation, according to the Ohio Department of Taxation.

Westerville taxpayers have proposed specific cuts that would alleviate the need for the March tax hike, noting that administrators enjoy luxurious benefits packages, the average teacher’s salary of over $65,000 (trending towards over $80,000 by 2014-15 at current spending rates) is amongst the highest in the state and significantly higher than salaries of average Westerville residents, and the district pays the salary of Westerville Education Association union officials to do union work that does not benefit the district or the taxpayers.

The 1851 Center’s guide on how taxpayers can roll back tax levies can be found here.

More information on Westerville School District finances and the tax repeal effort is available at www.TaxpayersForWestervilleSchools.com.

The Center has vowed to defend the initiative at no cost to taxpayers.