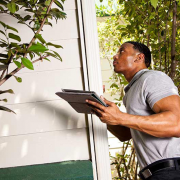 Legal Center: Fees that City’s homeowners were forced to pay to fund unconstitutional “point of sale” inspections must now be returned

Cleveland, OH – A federal court certified a class action lawsuit against the City of Bedford, Ohio, explaining that all homeowners who were forced to endure government searches as a precondition to the sale of their homes are entitled to demand refunds of illegal “Point of Sale” inspection fees.

This ruling paves the way for the return of inspections fees to all affected homeowners, rather than just those who filed the lawsuit.

The Order, made by Judge Benita Pearson of the Northern District of Ohio, confirms class action lawsuits may be maintained against city governments who extort their citizens and businesses in a widespread manner, such as through violating their Fourth Amendment rights through sweeping city-wide home inspection requirements.

“Class action litigation is an excellent method for average citizens to even the playing field when fighting back against their corrupt and otherwise indifferent local governments. This ruling confirms that Ohio cities must be held just as responsible to their citizens as big corporations are to their customers,” said Maurice Thompson, Executive Director of the 1851 Center.

In May of 2016, the 1851 Center for Constitutional Law moved to immediately enjoin Ohio cities, and the Cities of Bedford and Oakwood in particular, from enforcing “point of sale” and “presale” programs that require citizens to endure and pass arbitrary and warrantless government inspections before they could sell their homes to even the most informed and willing buyers.

In each case, the Cities had threatened to criminally prosecute and even imprison homeowners who sold their homes without first submitting to and passing city inspections. In Bedford, the City also claimed the power to block home sales on account of “architectural style and detail,” “color,” and lack of “orderly appearance.”

Within days of the 1851 Center’s lawsuits, each city rescinded its policies. However each has refused to return illegal inspection fees.

“Local governments do not have unlimited authority to force entry into Ohioans’ homes or businesses. To the contrary ‘houses’ are one of the types of property specifically mentioned by the Fourth Amendment; and Ohioans have every moral and constitutional entitlement to exclude others, even government agents, from their property,” adds Thompson. “The right to own property in Ohio has little value if local governments can continuously chip away at one’s right to actually make use of that property, requiring government permission slips for basic arrangements such as the sale of one’s home to a willing buyer.”

The legal action against Bedford is filed on behalf of area landlord Ken Pund, who is forbidden from selling to his daughter a home that he owns and she already resides in, and John Diezic who was prohibited from selling his Bedford home due to minor cracks in the asphalt of his driveway.