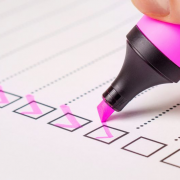 The ruling, made by a unanimous panel of the Sixth Circuit and authored by Judge David McKeague, addresses regulations governing those purchasing gold, silver, and other precious metals under the Precious Metals Dealers Act (“PMDA”).

However, its impact is likely to far exceed just the PMDA. Many Ohio businesses, particularly those requiring government licensing, face materially identical mandates. Accordingly, the ruling paves the way for Ohio businesses, even if heavily licensed and regulated, to protect their privacy and property, especially when such demands are made on-the-spot and without a warrant.

The Court explained as follows:

“This ruling essentially affirms that while government may request some basic record-keeping, reporting, and inspection of inventory purchased from the public that has been reported stolen, state officials cannot walk into a business without a warrant or evidence of wrong-doing and demand to review our papers, cell phones, laptops, or other business records,” said Maurice Thompson, Executive Director of the 1851 Center. “No entrepreneur deserves to be arrested for questioning the authority of a state agent to show up at his business unannounced, without any evidence of wrongdoing, and confiscate or filter through these records.”

Thompson added “this precedent will guard warrantless searches of business records in all industries, since the Court of Appeals decision acknowledged that even ‘closely regulated’ industries are entitled to greater protection. Ohioans should feel free to decline invasive and costly government searches without fear of retaliation.”

The 1851 Center for Constitutional Law took up the case in 2012 on behalf of Liberty Coins, a coin dealer of Delaware, Ohio, and Worthington Jewelers, a retail jeweler in Worthington, Ohio. Each balked at the prospect of losing their business licenses and being fined and prosecuted for refusing to turn over cell phones, laptops, and paper records simply “upon demand” of state enforcement agents.

Listen to the Oral Argument HERE.

Watch our video describing the impact of this case: