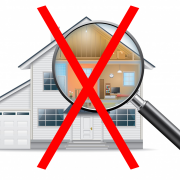 February 9, 2018: Dayton, OH – A federal court late yesterday declared unconstitutional the City of Oakwood’s pre-sale inspections mandates – – mandates requiring homeowners to obtain and pass thorough government inspection before being permitted to sell their homes.  The court also certified a class of all homeowners who were subject to the mandates and paid a $60 inspection fee at anytime over the past six years

The 40 page ruling, by Judge Thomas M. Rose of the Southern District of Ohio, firmly rejects the lawfulness of pre-sale inspections, sometimes also referred to as “point of sale” mandates, and paves the way for the return of inspections fees to all affected homeowners, rather than just those who filed the lawsuit

Specifically, the Court’s decision ruled and explained as follows:

Judge Rose’s decision certifies classes of all individuals or businesses that have been subject to the inspections and paid inspection fees to the City in conjunction with the inspections.

“Local governments do not have unlimited authority to force entry into Ohioans’ homes.  To the contrary ‘houses’ are one of the types of property specifically mentioned by the Fourth Amendment; and Ohioans have every moral and constitutional entitlement to exclude others, even government bureaucrats, from their property,” said Maurice Thompson, Executive Director of the 1851 Center.  “The right to own property in Ohio has little value if local governments are permitted to stop the sale of one’s home to a willing buyer.”

“Class action litigation is an excellent method for average citizens to even the playing field when fighting back against their corrupt and otherwise indifferent local governments.  This ruling confirms that Ohio cities must be held just as responsible to their citizens and big corporations are to their customers,” added Thompson.

Accordingly, in May of 2016, the 1851 Center for Constitutional Law moved to immediately enjoin Ohio cities, and the Cities of Bedford and Oakwood in particular, from enforcing “point of sale” and “pre-sale” programs that require citizens to endure and pass arbitrary and warrantless government inspections before they can sell their homes to even the most informed and willing buyers.

In each case, the Cities had threatened to criminally prosecute and even imprison homeowners if sold their homes without first submitting to and passing city inspections.

The legal action against Oakwood was filed on behalf of area real estate investor Jason Thompson, who was told by the City that he would face jail time for transferring a home he owns into a Limited Liability Company he created without first having paid for, obtained, and passed a pre-sale inspection.

This lawsuit is brought in partnership with the Finney Law Firm in Cincinnati.

​Watch our video discussing this case:

Our clients receive free legal representation thanks to the generosity of our donors.  If you support our efforts to advance liberty and limit government, please consider making a tax-deductible donation to the 1851 Center for Constitutional Law.

February 5, 2018: Bowling Green, OH – The 1851 Center for Constitutional Law today moved to strike a municipal ordinance that criminalizes greater than three unrelated individuals living in the same home regardless of the size of the home.

The action is filed against the City of Bowling Green on behalf of 23 Bowling Green landlords and three student tenants threatened with eviction.  The landlords own over 161 homes that, despite four or more bedrooms and ample parking, may not be occupied by greater than three unrelated people.

Through its Motion for Preliminary Injunction, the 1851 Center explains that the City’s ordinance, which imposes a $500 per day fine, is violates the Ohio Constitution through suppressing private property rights and equal protection and imposing vague standards and excessive fines:

“In Ohio, many zoning regulations needlessly interfere with private property rights, drive up the cost of living, fail to accomplish their proclaimed purposes, and are used as political weapons – – often to benefit special interests or suppress disfavored minorities.  This regulation is no different,” explained 1851 Center Executive Director Maurice Thompson.  “However, there is no coherent reason why four missionaries should be prohibited from occupying a large six bedroom house, even as an unruly family of eight lives in a smaller home next door.”

The case is pending before Judge Zouhary in the Western Division of the Northern District of Ohio.  The Judge has issued a temporary standstill order.