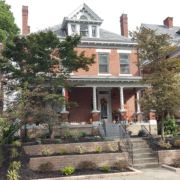 Columbus, OH – The 1851 Center for Constitutional Law has filed an action in federal court on behalf of a Columbus couple threatened with 60 days in jail and fines of $100 per day after landscaping their front yard. Bryden Road couple Drew Stevens and Melanie Copenhaver face draconian penalties after planting a garden that the city ruled “incompatible” with the neighborhood.

“In Ohio, many zoning regulations needlessly interfere with private property rights, insult homeowners’ dignity, and defeat the very purpose of home-ownership. This regulation is no different,” said 1851 Center Executive Director Maurice Thompson. “Columbus pretends to be engaged in historic preservation, but instead subjects homeowners to the arbitrary personal preferences of neighborhood busybodies in search of conformity.”

The city claims Stevens and Copenhaver “destroyed a distinctive architectural feature” by replacing some of their grass with mulch and shrubs, a look that a city commission calls “too suburban.”

Through its Motion for Preliminary Injunction, the 1851 Center explains the Columbus ordinance and its penalties violate the Ohio Constitution through suppressing private property rights and imposing vague standards and excessive fines:

“If home-ownership is to have meaning, Ohioans cannot be forced to obtain government permission to garden. Nor can they be thrown in jail for gardening without such permission, which is only granted when a government commission finds their yard ‘appropriate,’” said Thompson.

The 1851 Center draws a distinction between regulation seeking to preserve historically significant buildings and those regulating blades of grass.

The case is pending before Judge Marbley in the Eastern Division of the Southern District of Ohio.

View photos of the Bryden Road home before and after landscaping HERE. 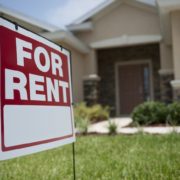 Bowling Green, OH – A federal court late Friday, agreeing with arguments made by the 1851 Center for Constitutional Law, held that an Ohio city’s zoning ordinance restricting homes to occupancy by no more than three unrelated adults violates the Ohio Constitution’s greater protection of private property rights.

The 1851 Center’s victory against the City of Bowling Green comes on behalf of 23 Bowling Green landlords and three student tenants threatened with eviction. The landlords own over 161 homes that until the ruling, despite having four or more bedrooms and ample parking, could not be occupied by more than three unrelated people.

“In Ohio, many zoning regulations needlessly interfere with private property rights, drive up the cost of living, fail to accomplish their proclaimed purposes, and are used as political weapons – often to benefit special interests or suppress disfavored minorities. This regulation is no different,” said 1851 Center Executive Director Maurice Thompson. “However, there is no coherent reason why four graduate students or even the  Golden Girls should be prohibited from occupying a large six-bedroom house, even as an unruly family of eight lives in a smaller home next door.”

The 13-page ruling by Judge James R. Knepp of the Northern District Ohio firmly rejects any notion that local zoning ordinances can be used to trample private property rights and equal protection, while embracing the Ohio Constitution’s protection of property and equality at a higher level than the federal constitution.

Specifically, in observing that an unlimited number of unruly, but barely-related family members could live together while a peaceful collection of students or even senior citizens could not, the court ruled as follows:

Judge Knepp’s decision paves the way for overcoming overly-restrictive zoning regulations, and especially those, common in Ohio cities and college towns, that forbid unrelated adults from living together.

The case was brought in cooperation with Andrew Mayle of Mayle Law, and supported by an amicus brief from the Ohio Association of Realtors.