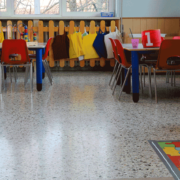 Mason, OH – The 1851 Center for Constitutional Law today filed suit on behalf of 40 daycare centers across Ohio to enjoin the Ohio Department of Health from continuing to enforce its arbitrary limits, as implemented through the Director’s May 29, 2020 Order, on the number of children daycares may supervise.

However, agency regulations attempting to overrule express legislation on the same subject violate Ohio’s Separation of Powers limits. And in this case the Ohio Revised Code expressly provides that no administrative regulations may conflict with the group sizes the General Assembly has protected.

“The Ohio Constitution protects Ohioans from unelected government administrators attempting to override statutes passed by elected representatives, no matter what the rationale,” explained 1851 Center Executive Director Maurice Thompson. “These regulations are particularly pernicious because they limit child care options for parents needing to return to work, dramatically raise the costs of these options, and threaten to bankrupt Ohio daycares.”

The case is pending before Judge Timothy Tepe in Warren County, Ohio. 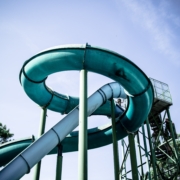 Sandusky, OH – An Ohio Court of Common Pleas Wednesday enjoined the Ohio Governor and Director of the Department of Health from “imposing or enforcing penalties solely for non-compliance with the director’s order” against Ohio waterparks.

The 1851 Center for Constitutional Law’s victory against Ohio’s Governor and Health Department comes on behalf of Kalahari Resorts, who moved to enjoin the Ohio Department of Health from continuing to enforce its criminalization of even safe business operations, as implemented through the Director’s various Orders since March.

The 12 page ruling by Judge Roger Binette of the Erie County Court of Common Pleas, the most forceful repudiation of the Governor’s pandemic Orders to date, explains that private property rights are fundamental rights in Ohio, and that the Ohio Department of Health has both violated those rights and exceeded the Ohio Constitution’s Separation of Powers in shutting down and otherwise penalizing Ohio businesses:

“The statutes granting [the Health Director] the authority, power to enforce, and criminalize also violates the separation of powers that exist in our Constitutional framework to protect our citizens from the consolidation of power in one person.”

“Moreover, if one unelected, unaccountable to the public, official is allowed to invoke unfettered Orders, which can criminalize an otherwise non-criminal activity only for disobedience to her Orders, then the right to Due Process is extinguished. The authority to issue Orders, create strict liability crimes without legislative or Administrative oversight, and impose criminal sanctions. To restrict the fundamental right of property based on an impermissible classification of ‘identity’ rather than on ‘safety’. To violate the separation of powers by delegating policy making, rather than policy shaping, to an Administrative agency without proper oversight or reservation of authority to override Orders. All these are a concern for this Court in regards to Due Process and Equal Protection rights of the citizens being violated.”

“Defendants are not harmed by granting the requested injunctive relief. This is because they have been improperly granted the power to create and criminally enforce, with strict liability, laws simply by a decision of an unelected, unaccountable to the general public, administrative officer by virtue of an Order. Application of which is, can and does trample of the fundamental rights of the citizens. Further, in regards to Defendants’ concern of the ‘spreading of the virus’ by allowing Plaintiffs’ business to open prior to June 19th, this Court points to Comm. Schade’s testimony. That 15 of the 19 deaths in Erie Co. were people who would not likely go to Plaintiffs’ businesses; they were in the Ohio Veterans Home.”

“There appears to be no reason why Plaintiff Kalahari should remain closed at this juncture. The only reason they are is that an unelected official, with unbridled authority – that was given in offense to the separation of powers and used to infringe of Due Process and Equal Protection rights – issued the May 29th Order.”

“Our corrupt and incapable Governor can run from the Ohio Constitution, but he can no longer hide from it. With yet another judicial repudiation of his conduct, there can be no justification for continuing his unconstitutional assault on Ohioans.” explained 1851 Center Executive Director Maurice Thompson.

The Court’s Order means that Kalahari can fully re-open immediately.

In other news, the Ohio Attorney General agreed to drop all criminal charges against Vicki Brearley after the 1851 Center filed a Motion to Dismiss in that case.