Cincinnati, OH – A federal court today ruled that the University of Cincinnati’s blanket prohibition on student political speech on campus violates the First Amendment. The ruling, made by Judge Black of the Cincinnati division of the Southern District of Ohio, paves the way for members of the student group Young Americans for Liberty (“YAL”) to advocate and collect signatures for the Ohio Workplace Freedom Amendment on campus.

In his decision, Judge Black emphasized “It is simply unfathomable that a UC student needs to give the University advance notice of an intent to gather signatures for a ballot initiative. There is no danger to public order arising out of students walking around campus with clipboards seeking signatures.” The order, an across-the-board rebuke to UC’s policies, enjoins UC from:

The Court further ordered UC to craft “more narrowly tailored regulations that regulate student expressive activities . . . only as are necessary to serve a compelling government interest.” “UC is an arm of the state that has chased and received state and federal tax dollars since its inception, all in the name of ‘public education,'” said Maurice Thompson, Executive Director of the 1851 Center.

“UC mistakenly seeks to advance its mission of public education by shielding its students from actual education on public policy issues that affect all Ohioans. Fortunately, the First Amendment allows us to protect the education of UC students from their educators; it further protects the right of students to calmly address facts and arguments that UC would rather suppress, and to do so without prior permission.”

Multiple Ohio colleges and universities maintain speech restrictions similar in kind, although not as extensive, as those of the University of Cincinnati – – the Foundation for Individual Rights in Education recently named UC’s speech policies the worst in the nation. However, these policies are suspect in light of the Court’s clear ruling. 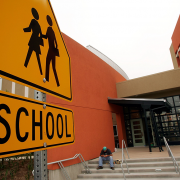 Columbus – Cincinnati Public Schools’ (CPS) policy of prohibiting the sale of unused available public school buildings to charter schools and private schools is unlawful and must end, ruled the Supreme Court of Ohio. This decision rebuffs CPS efforts to shut down numerous successful charters schools in Cincinnati, and is a considerable victory for charter and private school operators throughout the state.

1851 Center for Constitutional Law represented Theodore Roosevelt Community School, a Cincinnati charter school CPS had sued to shut down. Theodore Roosevelt School had purchased an unused school building located in the Fairmount neighborhood, where all CPS schools are in academic emergency, and 80 percent of families are of minority status, and live in poverty. The school opened in August of 2010, and currently serves nearly 300 students and employs 45 staff members.

CPS attempted to enforce a deed restriction prohibiting the use of school buildings previously owned by CPS for use by a charter or private school. The 1851 Center asserted such restrictions are void by Ohio’s public policy in favor of school choice, and cheat taxpayers of sales revenue from the buildings.

“Deed restrictions like the one struck down in this case were devised simply to stop new charter and private schools from opening in Cincinnati, so that CPS could retain students and protect its state funds. In its brief, CPS compares itself to a ‘gas station’ or ‘hotel’ that has a right to use hardball tactics against its competition. It seems to have forgotten that it’s a public school that exists to educate children, rather than amass revenue.”

The Court’s decision suggested promise for the 1851 Center’s overarching approach of using the doctrine “public policy” — the requirement that contract terms are subject to the public interest — to nullify government contract terms that attack school choice and reward special interests. While the Court acknowledged that the doctrine is narrow, it affirms 1851’s position that special scrutiny should apply to government contracts: “in this case, however, involving a contract between a private party and a political subdivision, there is a compelling reason to support application of the doctrine [of public policy].”

This additional ruling exposing CPS to the loss of millions of dollars in funding from the Ohio School Facilities Commission (OSFC), which requires that school districts follow all state rules related to charter schools. The fate of this funding is still in dispute, in a second case brought by the 1851 Center and the Ohio Coalition for Quality Education, still pending before Judge Ruehlman.

All briefs in the case can be viewed here.

Oral Arguments from the case can be viewed here.