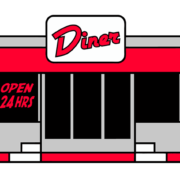 Cambridge, OH – The 1851 Center for Constitutional Law today moved to dismiss the criminal charges against an Ohio restaurant owner who opened her restaurant one week early.

The motion is filed on behalf of National Road Diner owner Vicki Brearley of Cambridge, who faces 90 days in jail solely because, according to the prosecution, she “did violate an order the Director of Health issued to prevent a threat to the public caused by a pandemic” by “allowing sit down dining” on May 6, 2020.

“Ohioans should remain alert that the real-world consequence of seemingly-amicable ‘public health’ regulations is the violent caging of peaceful dissenters who have done no harm,” explained 1851 Center Executive Director Maurice Thompson. “But Ohioans ought not fear:  the Ohio Constitution prevents the State from criminalizing mere ‘disobedience with any order.’”

The 1851 Center’s motion to dismiss the charges posits as follows:

In addition, the 1851 Center emphasizes that while no Ohioan has been prosecuted for violating “any quarantine order” in the past 130 years, the only court to have addressed the issue, in the 1851 Center’s recent victory in Rock House Fitness v. Acton, determined that the Director lacked the authority to close businesses or unilaterally criminalize otherwise lawful conduct.

The Director’s April 30, 2020 “Stay Safe Ohio Order” purported to keep Ohio restaurants closed. However, that Order was lifted just several days after the May 11 charges were filed against Mrs. Brearley.

The case is pending before Judge John M. Nicholson of the Cambridge Municipal Court in Guernsey County. 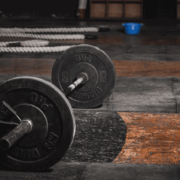 Painesville, OH – An Ohio Court of Common Pleas Wednesday morning enjoined the Ohio Governor and Director of the Department of Health from “imposing or enforcing penalties solely for non-compliance with the director’s order” against gymnasiums, health clubs, fitness centers, gyms, and workout facilities.

The 1851 Center for Constitutional Law’s victory against Defendant Amy Acton comes on behalf of 35 independent gyms across the state, who moved to enjoin the Ohio Department of Health from continuing to enforce its criminalization of even safe gym operations, as implemented through the Director’s various Orders since March.

The ruling by Judge Eugene Lucci of the Lake County Court of Common Pleas explains that private property rights are fundamental rights in Ohio, and that the Ohio Department of Health has both violated those rights and exceeded its own authority in “criminalizing lawful businesses, and imposing strict liability for violations, including severe criminal, civil, and equitable penalties”:  “The director has no statutory authority to close all businesses, including the plaintiffs’ gyms … She has acted in an impermissibly arbitrary, unreasonable, and oppressive manner without any procedural safeguards.”

The ruling further excoriates the Department of Health’s insistence that “one unelected individual could exercise such unfettered power to force everyone to obey impermissibly vague rules without any legislative guidance.”

“Constitutions are written to prevent governments from arbitrarily interfering in citizens’ lives and businesses.  On that front, the call to action is clear:  the Governor and Health Director may no longer impose their own closures and regulations and write their own criminal penalties to enforce those regulations and closures,” explained 1851 Center Executive Director Maurice Thompson.  “We remain available to serve those who are caught in the State’s tangled web of unlawful orders.”

Special thanks to Tim Cassell at Pinnacle Performance, who helped organize Ohio gyms to challenge government authority, even as other industries’ “leaders” wilted.

Even in emergencies, the Ohio Constitution protects businesses from vague and discriminatory enactments.

Columbus, OH – The 1851 Center for Constitutional Law today, on behalf of 35 independent gyms across the state, moved to enjoin the Ohio Department of Health from continuing to enforce its closure of gyms and fitness centers, as implemented through the Director’s April 30, 2020 “Stay Safe Ohio Order.”

The April 30 Order opens, or provides a pathway to opening, many Ohio industries, but leaves gyms closed indefinitely without regard to whether gyms are capable of operating safely.

The 1851 Center’s Complaint asserts that the Health Director’s unfettered discretion over matters of quarantine and isolation is impermissibly vague and violate separation of powers on its face. Further, the use of those powers to criminalize gyms that could otherwise comply with each of the safety regulations articulated in the April 30, 2020 Order violates operators’ right to equal protection.

“The Ohio Constitution requires greater scrutiny of vague and discriminatory enactments that trample Ohioans’ property rights. Ohio gyms are capable of operating safely, and have the right to operate on equal terms with other Ohio businesses. Once gyms have opened, we are committed to ensuring that these arbitrary policies never recur,” explained 1851 Center Executive Director Maurice Thompson.

The case is pending before Judge Eugene Lucci in the Lake County Court of Common Pleas.