In this picture, taken September 24, 2015 at the Hershberger’s roadside stand — Sarah (2nd from right) with her father and four of her nine siblings.

I visited the home of Andy and Anna Hershberger to deliver the good news that the Medina County Probate Court had at long last formally terminated the guardianship it had created over their now 12-year-old daughter, Sarah.

A government hospital, Akron Children’s Hospital, sought to establish the guardianship to take Sarah from her Amish parents and seven siblings to force chemotherapy on her, even though all signs indicated that the chemotherapy itself appeared to be killing her, was certain to sterilize her, and would no doubt permanently change her life for the worse, even if she were to survive it.

The parents objected, seeking to treat Sarah’s mild form of cancer with a less invasive alternative treatment that appeared to be succeeding. It was at that time – – June of 2013 – that one of the State’s doctors testified that absent “immediate chemotherapy” Sarah would certainly be dead within six months. The court found this evidence compelling.

As the Amish community was put in touch with the 1851 Center, court battles ensued. Ultimately, those battles resulted in protecting Andy and Anna Hershberger’s fundamental constitutional right to make important health care decision for their daughter.

This case exposed the worst of the alignment between health care “experts,” Ohio’s big hospital lobby, and faulty government legislation:

Fortunately for Sarah, the Amish community is not conventional, and refused to bow to government commands. We at the 1851 Center are proud to have played a role in defending suitable Ohio parents’ moral and constitutional right to make important health care decision for their children.

But this battle continues. Ohio suffers from a cavalcade of health care “experts”, eager to deprive of us of our autonomy in light of their “certainty” that they know what is best for us.

But as this now-closed saga has proven, these experts have no skin in the game, arrogantly pontificate without fear of consequences, and are in fact frequently wrong.

Ohioans cannot afford to trust their health or their children to government expertise. We have already been swept into a system whereby we are forced to fund much of what now passes for health care in our state and nation, whether we use it or not. But the matter of whether we must be forced to use itis another matter entirely.

The Ohio General Assembly – – members of which laud health care freedom, family values, and parental choice while campaigning for office – – cannot justify maintenance of Ohio’s wide-open and highly subjective “best interests of the child” test. This test allows county judges to overrule health care, educational, and other important decisions of suitable Ohio parents. Once overruled, children can be immediately seized from their homes.

In the wake of Sarah’s case, this concept came to be known as “medical kidnapping.”

The Hershberger’s case is a lesson for all of us: we’re not as smart as we think we are. Knowledge is decentralized, and when in doubt, those closest to the situation, families (and not government experts with special designations next to their names) must make life-altering decisions.

Further, Sarah’s good health bolsters the case against forced health care that we supposedly cannot live without (literally, in this case).

It is now time for Ohio legislators to protect Ohio families from wayward judges. This can be done by reforming Ohio’s unconstitutional “best interests of the child” test.

In the meantime, Ohioans must continue to question authority.

Our clients receive free legal representation thanks to the generosity of our donors. If you support our efforts to advance liberty and limit government, please consider making a tax-deductible donation to the 1851 Center for Constitutional Law. 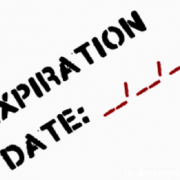 Columbus, OH –  The 1851 Center for Constitutional Law secured the approval necessary for a coalition of good government advocates to begin the circulation of a proposed constitutional amendment that would limit state legislators to no more than eight years in each House and twelve total years at the Statehouse.

The proposal “To Strengthen Ohio Term Limits” cleared the Ohio Ballot Board, after obtaining Attorney General certification ten days earlier. Petitions will now be circulated by a coalition of Ohioans backed by U.S. Term Limits, the organization responsible for first introducing term limits to Ohio through a 1992 constitutional amendment.

The proposed amendment will likely appear on the November 2016 ballot, so long as 304,000 valid signatures are submitted by early July of 2016.

The Amendment would provide that, in Ohio:

The Amendment would not count years in office accrued prior to its passage.

This effort comes in response to legislators’ creation of a commission – – “The Constitutional Modernization Commission” – – to attempt to increase their own terms of office by rolling back or eliminating Ohio’s current term limits. Several legislators have indicated this to be the overwhelming purpose behind the Commission, which consists solely of legislators, former politicians, lobbyists, and political donors.

“Ohioans should be disturbed to learn that state legislators appear poised to attempt to shred the very term limits Ohioans overwhelmingly voted to place upon them,” said Maurice Thompson, Executive Director of the 1851 Center. “This Amendment will end the abusive ‘musical chairs’ practice whereby some legislators remain in power for decades, losing touch with their communities and constituents and making better connections with politically-connected interests in Columbus.”

Members of the coalition include those responsible for passing Ohio’s original term limits on legislators in 1992, eliminating Ohio’s estate tax in 2011, and passing the Health Care Freedom Amendment in 2011.

Read the Full Text of the Amendment HERE