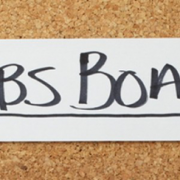 The Ohio House of Representatives yesterday amended Senate Bill 5 to include the “1851 Center Amendment,” a provision that would prevent state and local government from facilitating transfer of political contributions from government employees to their unions.

House Republicans added the amendment in response to the 1851 Center’s publication of “The Path Remains Clear for Ohio’s New Legislators to Separate Government Employment from Public Employee Union Politics ” released in late February.

In The Path Remains Clear, the 1851 Center shows that government unions are amongst the Top 20 contributors to political candidates, trailing only traditional political organizations such as the Ohio Democratic and Republican Parties. The 1851 Center argues that state and local governments should level the political playing field in Ohio by discontinuing this taxpayer-provided service to union politics.

Ohio previously prohibited such automatic payroll deductions. In 1998, a state court of appeals struck the prohibition on First Amendment grounds. However, in 2009, the U.S. Supreme Court explained that such scrutiny is not appropriate: “while in some contexts the government must accommodate expression, it is not required to assist others in funding the expression of particular ideas, including political ones.”

Such laws also relieve workers of burdens associated with the political atmosphere often found in the unionized workplace. The history of unionism is replete with examples of threats, coercion, and intimidation directed at workers who do not agree with union goals, policies, or tactics. Between 2000 and 2007, the National Labor Relations Board received 1325 complaints of union-sponsored threats and 546 reports of harassment.

The Amendment to Senate Bill 5 reads:

No public employer shall agree to a provision that provides for the payroll deduction for any contributions to a political action committee using any other method than the method prescribed in sections 3517.082, 3517.09, and 3599.031 of the Revised Code. 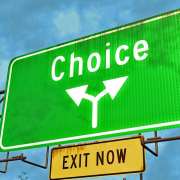 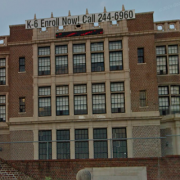 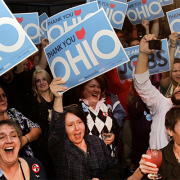 On February 22, the 1851 Center released The Path Remains Clear for Ohio’s New Legislators to Separate Government Employment from Public Employee Union Politics, a Constitutional Viewpoint on automated payroll deductions for political contributions, a service provided to public employee union members and paid for by taxpayers.

As the debate on the role of government employee unions in Ohio intensifies, citizens and lawmakers shouldn’t lose sight of the prominent role that these organizations play in Ohio politics and policymaking. Nor should they overlook an immediate solution to leveling the playing field in the state: simply stop subsidizing government workers’ political contributions to their employers.