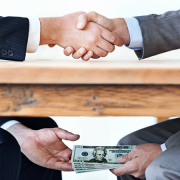 IRS harassment was not limited to “tea party” organizations, and began earlier than many believe

Columbus, OH – The 1851 Center for Constitutional Law today emphasized that Internal Revenue Service harassment of groups advocating for limited government extends as far back as early 2010, and includes organizations exclusively dedicated to protecting constitutional rights, including the 1851 Center.

In its May 20, 2010 response to the 1851 Center’s application for tax-exempt status, the IRS demands that, in order to receive approval of its application, the 1851 Center must: “Please explain in detail your organization’s involvement with the Tea Party.”

The 1851 Center explained that it provides legal representation to Ohioans whose constitutional rights have been aggrieved, including tea party organizations and members, and ultimately received tax exempt status. However, this instance is significant because it reveals infractions beyond what even the Inspector General for Tax Administration’s May 14 Report reveals:

In its IRS filings, the 1851 Center indicated that its mission was “to defend constitutional rights and human rights through legal action.” The Center supplied no information that would have indicated any particular relationship with any particular tea-party organization.

“As with demands made of other organizations, the IRS demand to the 1851 Center was at minimum, irrelevant, and appears to have been calculated to do political opposition research on organizations opposing the President’s policies through, ironically, doing nothing more than enforcing the United States and Ohio constitutions.” said Maurice Thompson, Executive Director of the 1851 Center. “Investigators must acknowledge that the breadth of this scandal extends to not just ‘tea party’ groups, but to conservative and libertarian think tanks and public interest law firms across the nation.”

The 1851 Center has been a steadfast opponent of the Patient Protection and Affordable Care Act since March of 2010, having initiated the Ohio Health Care Freedom Amendment, service as amicus counsel on the lawsuits opposing the individual mandate, and counseling against a state-based Obamacare exchange and more recently against Medicaid expansion.

Read the IRS Demand Letter to the 1851 Center HERE.