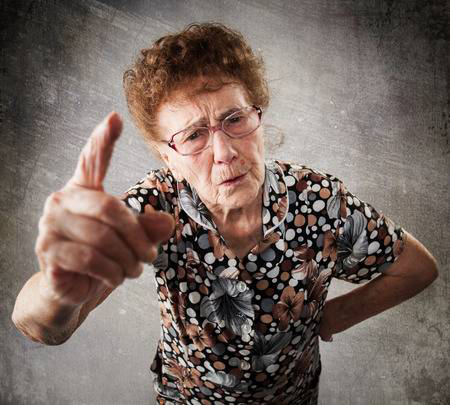 Maple Heights Mayor sued to silence local bloggers for “defamation” and “emotional distress,” and violated their right to free speech in doing so

Columbus, OH – An Ohio Court late Friday dismissed the case of a Cleveland-area Mayor who sued a local family for “an amount in excess of $25,000” after they questioned his job performance on their blog.

The 1851 Center for Constitutional Law’s victory on behalf of Bill and Lynde Brownlee, husband and wife, and their small-town news website, Maple Heights News, reaffirms the principle that citizens’ criticisms of their government officials cannot be silenced when those officials file lawsuits for “defamation” and “intentional infliction of emotional distress,” as Mayor Jeff Lansky had attempted here.

The ruling should provide considerable help to both mainstream news outlets and alternative politically-minded journalists and organizations.

The Brownlees had written a short web article in the summer of 2014 questioning whether the Mayor had kept all of his campaign promises, and further questioning his tax and spending policies. The article strictly addressed the Mayor’s policies, and did not use insulting or harsh language.

The Court further explained that Ohioans are free to share their own conclusions about whether a particular official is ultimately responsible for certain bad outcomes, irrespective of whether that conclusion is technically correct: “It is not unreasonable to attribute actions or events that occur during a Mayor’s administration directly to the Mayor, despite the fact that others were also involved in carrying out the actions or events . . . and the Brownlees reasonably believed that the events and actions discussed in the Article could be attributed to Mayor Lansky. . . Merely because Mayor Lansky disagrees with their interpretation of the facts does not amount to actual malice.”

To emphasize the need to deter such lawsuits in the future, the 1851 Center’s defense of the Brownlees includes a counterclaim to declare Mayor Lansky a “vexatious litigator,” and seeks sanctions against both the Mayor and his lawyer, Brent English, who was recently arrested for frivolous litigation elsewhere. The Court indicated that separate hearings would now be held on those matters.

One prominent undercurrent to the case concerns whether political comments on citizen websites are entitled to the same level of protection as mainstream newspaper, television, and radio media. The Court stressed that under the Ohio Constitution, which is more protective of free speech, “internet” speech is almost always likely to be viewed as “opinion,” and therefore immune from lawsuits for defamation and emotional distress. The Ohio Constitution guarantees “[e]very citizen may freely speak, write, and publish his sentiments on all subjects,” and “no law shall be passed to restrain or abridge the liberty of speech, or of the press.”

Should Public Officials Be Held Liable for Violating Ohioans’ Rights?
Scroll to top