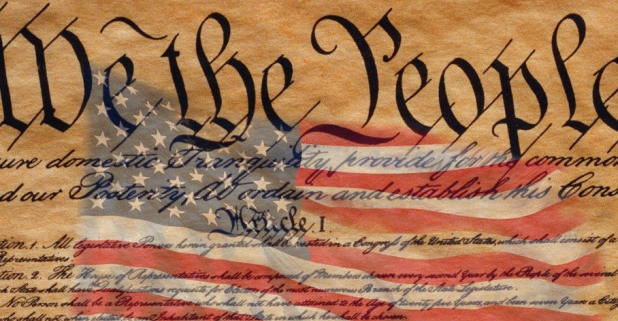 Ohio Department of Health’s Orders may be prudent, but are largely unenforceable

Columbus, OH – State and federal constitutions entitle Ohioans to protections, which remain in place even as the state implements seemingly prudent restrictions to combat the COVID-19 pandemic.

The Order is set to expire on April 6, 2020. No court is likely to take action, much less question quarantine authority, prior to that date. However, depending on the circumstances, regulations that continue to remain in place subsequent to that date must be seriously examined: no attribute of these policies can be permitted to remain beyond their useful life.

For the reasons below, Ohioans must carefully scrutinize these exercises of power, and remember that they maintain rights against it:

1. Delegating “ultimate authority” to bureaucrats violates Separation of Powers. To justify their flurry of Orders, the governor and state health department rely on R.C. 3701.13 (“the department of health shall have . . . ultimate authority in matters of quarantine and isolation, which it may declare and enforce . . .”).

However, while the Ohio Constitution vests the General Assembly alone with emergency powers (Section 42, Art. II), even that authority is limited to “enemy attacks.” And, the General Assembly certainly cannot transfer its power to legislate on major policy issues to just one politically-unaccountable administrative agency.

Separating powers “divides power among sovereigns and branches of government precisely so that we may resist the temptation to concentrate power in one location as an expedient solution to the crises of the day” and serves to “reduce the risk of tyranny and abuse.” New York v. United States, 505 U.S. 144, at 181, 187-188 (1992).

In Ohio, “the lawmaking prerogative is a sovereign power conferred by the people upon the legislative branch of the government,” and therefore “cannot be delegated to other officers, board or commission, or branch of government.” Matz v. J.L Curtis Cartage Co. 132 Ohio St. 271, 7 N.E.2d 220 (1937). Rather, the General Assembly can only “confer administrative power on an executive, a board or commission.” Since the time of the Ohio Constitution, these limits have been consistent: “the delegation of power to make the law, which necessarily involves a discretion as to what it shall be . . . cannot be done.'” Cincinnati, Wilmington & Zanesville R. Co. v. Com’rs of Clinton County, 1 Ohio St. 77, 88 (1852).

To protect Ohioans, the Ohio Constitution forbids the General Assembly from giving away its policymaking power to unelectedagencies. But here, that has happened. The Ohio Department of Health’s picking and choosing between “essential” and “non-essential” business, travel, and activities, and then criminalizing what it alone deems “non-essential,” is policy-making that administrative agencies quite likely cannot undertake.

2. Neither the Ohio Department of Health nor the governor can cancel or schedule an election. On March 16, the Ohio Department of Health promulgated an Order insisting on “closure of the polling locations in the State of Ohio.” However, Article I, Section 4 of the United States Constitution expressly provides that, “The Times, Places and Manner of holding Elections for Senators and Representatives, shall be prescribed in each State by the Legislature thereof.”

3. Ohioans are entitled to Equal Protection. Over half of the state’s twelve-page Stay at Home Order is dedicated to articulating exemptions from the Order, meaning that many Ohioans or their activities will be unaffected by it. However, any “attempted classification must always rest upon some difference which bears a reasonable and just relation to the act in respect to which the classification is proposed, and can never be made arbitrarily and without any such basis.” State v. Mole, 2016-Ohio-5124.

As the Ohio Lottery Commission remains exempt to sell lottery tickets, and others with strong lobbying presences in Columbus remain exempt, those put out of work or otherwise limited must examine whether they have been treated even-handedly.

4. Ohioans maintain the right to travel throughout Ohio. The Ohio Department of Health’s Stay at Home Order states, “all individuals currently living within the State of Ohio are ordered to stay at home.” However, since 2002, the Sixth Circuit, an appellate circuit within which Ohio is located, became one of a few circuits “to recognize the right to intrastate travel as “fundamental.” In Johnson v. City of Cincinnati, our circuit court held that, “the Due Process Clause of the Fourteenth Amendment protects the right to travel locally through public spaces and roadways,” which “enjoys a unique and protected place in our national heritage.” Johnson, 310 F.3d at 495–98. And “as early as the Articles of Confederation, state citizens “possessed the fundamental right, inherent in citizens of all free governments, peacefully to dwell within the limits of their respective states, to move at will from place to place therein, and to have free ingress thereto and egress therefrom.” See also Cole v. City of Memphis, 839 F.3d 530, 535 (6th Cir. 2016).

While the state maintains a compelling interest in limiting contact to curtail the spread of COVID-19, the state’s selective ban on travel it deems “non-essential” likely fails to advance that interest in a sufficiently narrow manner.

5. Ohioans maintain health care freedoms. On March 17, 2020, the Department of Health prohibited all “non-essential or elective surgery. However, in 2011, Ohio voters enacted the Health Care Freedom Amendment. Section 21(B) of Article I of the Ohio Constitution provides that, “No federal, state, or local law or rule shall prohibit the purchase or sale of health care.” Nor can health care be forced, as Division (A) of that amendment prohibits compulsion. There are many medical treatments the cancellation of which fails to create the availability of more resources to fight COVID-19.

A willing doctor and patient cannot be forbidden from participating in voluntary otherwise-lawful medical treatment.

6. Ohioans maintain the right to access and use their properties. Since March 15, the state has forbidden, selectively and without notice, businesses such as “onsite consumption” of food, liquor, beer, and wine. However, property rights protected by the Ohio Constitution are “fundamental rights” entitled to greater protection than what is provided by the federal constitution.

Just over two decades ago, the Ohio Supreme Court affirmed that, “an injunction closing property against its use for any purpose for one year violates Section 19, Article I of the Ohio Constitution, when applied to an owner who did not negligently or knowingly acquiesce to, and did not participate in the creation or perpetuation of the nuisance.” State ex rel. Pizza v. Rezcallah, 1998-Ohio-313, 84 Ohio St. 3d 116. The Court added that, “The fact that the order is of limited duration does not change this conclusion. It is well established that the Constitution protects against temporary takings just as it does against permanent takings,” and “Deprivation of the use of resources equal to the value of the property is as much a taking as is deprivation of the use of the property itself.” Id. While these rights can be limited, this is so only when “necessary,” “required,” and not “unduly oppressive upon individuals.” Id.

Barricading or otherwise obstructing all uses of a bar, restaurant, or other business or residential property would almost certainly constitute an unconstitutional taking of private property without compensation, as previously contemplated by the Ohio Supreme Court.

The state’s selective impairment of some work, labor, and business, and not others raise the possibility that the non-exempt Ohioans have been arbitrarily deprived of this right. With that said, any argument to this end will be at its weakest in industries relying upon close distance and/or touch, such as the “hair salons, barber shops, tattoo parlors, body piercing locations, and massage therapy locations” forbidden on March 19.

8. Ohioans remain entitled to Due Process before or soon after any of the foregoing rights are injured. In the midst of disordered lawmaking through agency fiat, the state has prescribed no procedure for Ohioans to appeal the denial of their rights to travel, use their private property, to labor, or provide or procure health care. However, due process under the Ohio and United States Constitutions demands that the right to notice and an opportunity to be heard must be granted at a meaningful time and in a meaningful manner where the state seeks to infringe a protected liberty or property interest. State v. Hochhausler, 1996-Ohio-374.

Our Ohio Supreme Court has held that, “Given the importance of the property interest affected, even the temporary denial of possession and use of the vehicle inflicts too severe a hardship on the individual wrongfully deprived,” and the state “will not be able to make a driver whole for any personal inconvenience or economic hardship suffered by reason of any delay in redressing an erroneous suspension through post-suspension review procedures.” State v. Hochhausler, 1996-Ohio-374.

Ohioans’ businesses and livelihood are just as important as one’s car or driver’s license: the Sixth Circuit Court of Appeals recently prohibited the taking of the right to operate a restaurant without a “pre-deprivation hearing,” explaining that “such a system unfairly jeopardized Johnson’s property interest in her means of livelihood, an interest that this court and the Supreme Court have recognized as ‘one of the most significant that an individual can possess.’” Johnson v. Morales, 946 F.3d 911, 937 (6th Cir. 2020).

Those forbidden from travel, health care, business, employment, and other activities during the quarantine are entitled to an opportunity to object and make their case that their activity is entitled to an objection. The state’s haphazard orders have entirely disregarded that right.

These Orders may well be wise advice. But Ohioans must also be wise in protecting themselves from creeping paternalism, and subjection of their lives to the untreated anxieties of our public officials.

The 1851 Center is open around-the-clock by email. Ohioans threatened with penalties for noncompliance with the state’s restrictions should email us. These communications will be given priority over all other cases.