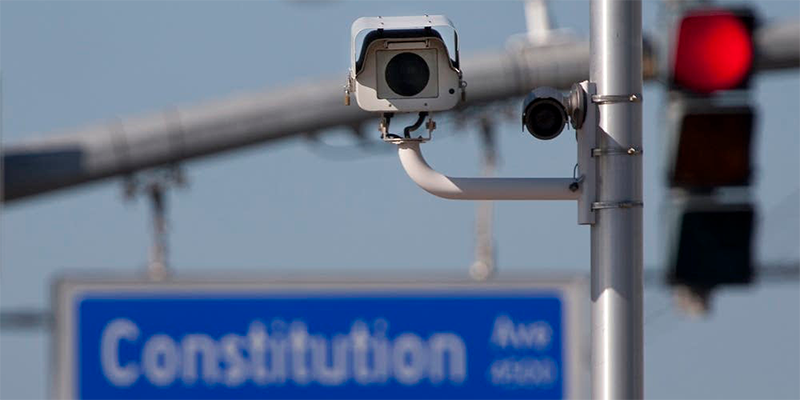 COLUMBUS, Ohio — Some critics on Tuesday said that the city’s controversial red light camera program is fundamentally flawed and could be challenged in court.

The city said that the red light camera program is about safety, but 10 Investigates has discovered the camera system that helps spot red light violators may be based on a shaky law.

The cameras catch drivers breaking the law by running red lights. They also catch those who turn on red without stopping. The city’s system is also snaring some innocent drivers, 10 Investigates’ Paul Aker reported.

The city sent Lance Smith a $95 ticket for turning right on a red light. The city’s documents showed Columbus sent more than 15,000 similar tickets between January and April.

Smith said he was not guilty because he stopped.

“I was very upset, I couldn’t believe it,” Smith said.

After reviewing the camera’s tape, a hearing officer agreed and said Smith did not break the law.

According to the law the city enacted to start its red light camera program, it is illegal to move past the stop bar whenever there is a steady red light.

The law does not make exceptions for right-hand turns, Aker reported.

“I think it’s faulty, that system is faulty,” Smith said.

Critics of the law agreed.

Ohio law states it is OK to turn right on red, unless signs are posted that prohibit right turns.

There are no such signs at intersections with the red light cameras, Aker reported.

“There is a viable challenge,” said the center’s spokesman, Maurice Thompson. “We’ll support that attorney with legal research and legal briefing and make sure that the people of Ohio are ultimately able to limit their government and to keep a little bit of their own money in their pocket.”

Public safety officials said the red light cameras are legal, but agreed that the laws surrounding them need some work.