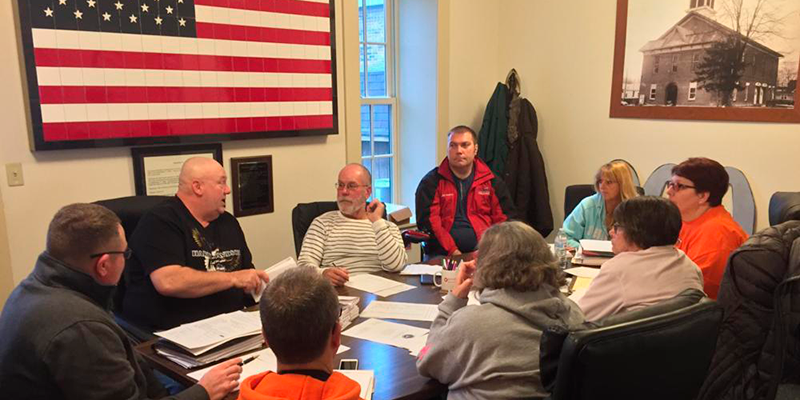 On March 22, 2010, the Ohio Liberty Council began the process of the placing a health care freedom constitutional amendment on the November 2010 ballot.

The group filed petition summary language and nearly 3,000 signatures from registered voters in 48 counties with the Ohio Attorney General, who later approved the language as truthful and accurate.

On April 9, 2010, Secretary of State Jennifer Brunner and the Ohio Ballot Board ruled the proposed constitutional amendment should be split into two parts.

As a result, the board rejected the proposed amendment and told its sponsor, the Ohio Liberty Council, to start over.

The move placed the Ohio Liberty Council in the untenable position of restarting the amendment language approval process and collecting two sets of 402,275 signatures by June 30. The group asked the Ohio Supreme Court to block the Ballot Board’s action. “The Ohio Ballot Board got it wrong today,” said Warren Edstrom of the Ohio Liberty Council, “We will ask the Ohio Supreme Court to uphold our amendment language and correct this error.”

On April 14, 2010 the 1851 Center Filed an Ohio Supreme Court Complaint Against the Ballot Board.

In the writ of mandamus filed with the Ohio Supreme Court, the 1851 Center asserted the Ballot Board’s actions were arbitrary and ran counter to the board’s own past precedent. The complaint contended the Ohio Liberty Council’s proposed Ohio Health Care Freedom Amendment addressed only one subject and should move forward as one constitutional amendment. Further, the Ballot Board’s ruling “effectively eviscerates the Ohio Liberty Council’s objective, and threatens to eviscerate access to the November, 2010 ballot,” the 1851 Center wrote in the complaint.

On April 29, 2010, the Ohio Supreme Court Ordered the Ballot Board to Certify the Amendment Language.

The Ohio Supreme Court unanimously ruled Secretary of State Jennifer Brunner and the Ohio Ballot Board abused their discretion and violated Ohio law in rejecting ballot language for the proposed Ohio Health Care Freedom Constitutional Amendment. The court ordered Brunner and the Ohio Ballot Board to immediately certify the language and allow the petitioners to begin collecting signatures to qualify the issue for the November ballot. A copy of the court ruling is available here.

Stand up to collectivist government: Maurice Thompson addresses the Columbus...
Scroll to top