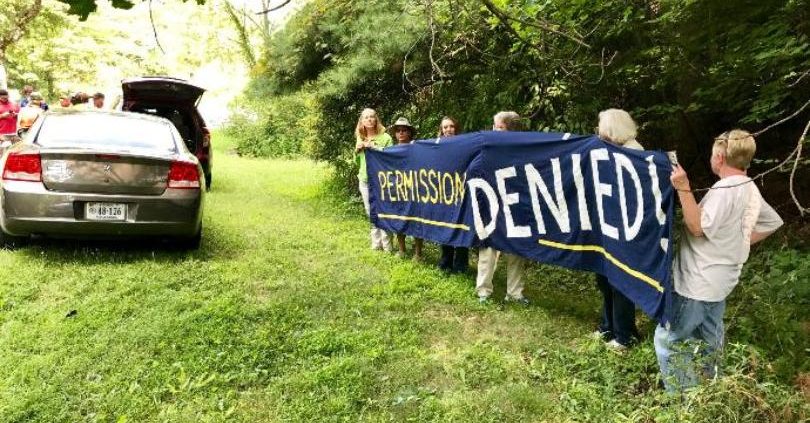 Columbus, OH – The 1851 Center for Constitutional Law has moved to counter the aggressive legal tactics taken by the City of Perrysburg, Ohio to immediately seize the land of eleven Ohio homeowners, including property well beyond city limits.

The homeowners’ defense take aim at abusive eminent domain practices used with increasing frequency as Ohio legislators have flooded the state with extra public funds for all types of road and transportation projects.

The first practice, extra-territorial takings, occurs when a city attempts to forcibly seize land beyond city limits, typically in a township. The second, known as “quick-take,” occurs when local governments seize homeowners’ land immediately, prior to any trial or defense.

To counter these tactics, the 1851 Center has moved for a ruling in favor of the Perrysburg homeowners, who were in late September sued by the City, asserting the following:

In response to the 1851 Center’s Motion, the Wood County Probate Court Judge David Woessner on October 16 ruled “plaintiff shall not take immediate possession of defendants’ property nor begin any construction on defendants’ property pending this Court’s rulings on the issues raised in the October 14 Motion for Judgment on the Pleadings.”

“Ohioans living in rural townships would never contemplate a city government seizing their property overnight, to ‘urbanize’ and ‘update’ it, particularly when those township residents have no right to vote for or against the city officials doing the taking; there is simply no democratic accountability,” explained Maurice Thompson, Executive Director of the 1851 Center. “This practice is essentially indistinguishable from having one’s land forcibly taken by Canada, Mexico, or even worse, Michigan.”

“Likewise, situations where Ohioans’ land is taken overnight, prior to any trial, hearing, or compensation, must be minimized to the most urgent circumstances only – – not expanded as is the case here.”

Read the Homeowners’ Motion for Judgment on the Pleadings HERE.