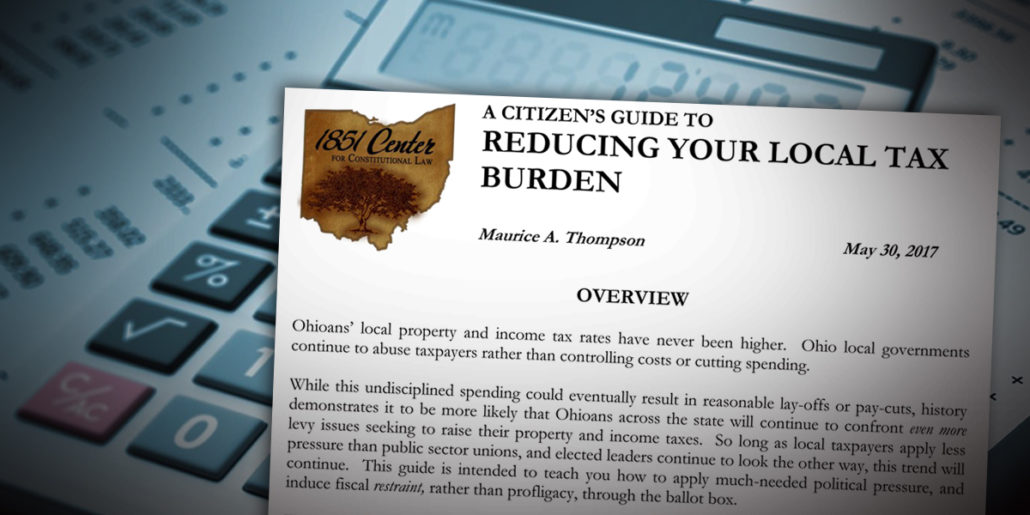 Are you tired of do-nothing politicians but still looking to make a difference in government?

Have you recently opened an envelope with an unacceptably-large property tax bill? Or just paid an unreasonable amount of local income taxes?

In A Citizen’s Guide to Reducing Your Local Tax Burden, the 1851 Center for Constitutional Law provides citizens with detailed, practical, and clear advice on how to lower their school district property or income taxes, as well as city, village, and township taxes, through a little known state statute.

And there has never been a better time for such efforts:

The 1851 Center provides free legal assistance to those interested in placing a tax relief proposal on their local ballot this fall.

You may not be able to influence what goes on in Washington D.C., or even Columbus. But through a local petition drive, you can directly influence your tax rate. And you don’t need to be a lobbyist or donate to a political campaign to do it.

You have a right to keep more of the money you’ve earned. And by passing a local tax cut, more of your hard-earned dollars can be diverted away from waste and devoted to you and your family’s health, education, safety, and general well-being.

Court: Ohio Mayor and His Lawyer Must Pay Sanctions to Family They Sued to ...