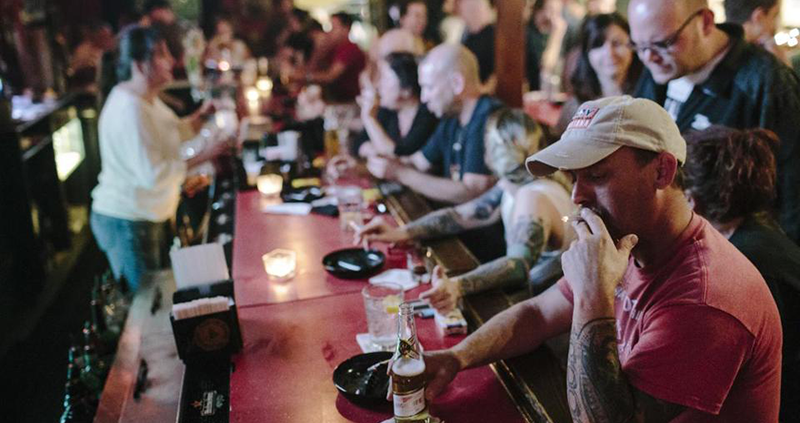 COLUMBUS – The 1851 Center for Constitutional Law, a public interest law firm, yesterday asked the Ohio Supreme Court to make a final determination on the legality of Ohio’s state smoking ban, and its enforcement. The legal center argues that state health officials’ misguided enforcement of the law violates Ohio constitutional protections, and unduly punishes innocent business owners. Also, the center argues the law itself is unconstitutional, when applied to certain types of bars. A copy of the court filing is available here.

“Irrespective of what one thinks of the merits of this law, it was never intended to result in the indiscriminate imposition of $5,000 citations on innocent business owners,” said 1851 Center Executive Director Maurice Thompson. “These enforcement complications are largely a function of trying to fit a square peg into a round hole. At local ‘mom and pop’ taverns, alcohol and cigarette consumption have always gone hand-in-hand, and owners of these properties have a right to decide how their indoor air is used, just as potential patrons have a right to freely enter or exit.”

In 2009, after a politically charged filing against Columbus Bar Zeno’s by Attorney General Richard Cordray, the 1851 Center challenged the constitutionality and enforcement of the Ohio smoking ban. The legal center argued the smoking ban unconstitutionally deprived business owners of fundamental property rights. It also argued that the state health officials’ methods while enforcing the ban exceeded their constitutional authority, and is at odds with the plain language of the ban.

The 1851 Center for Constitutional Law is a non-profit, non-partisan legal center dedicated to protecting the constitutional rights of Ohioans from government abuse. The center litigates constitutional issues related to property rights, voting rights, regulation, taxation, and search and seizures.