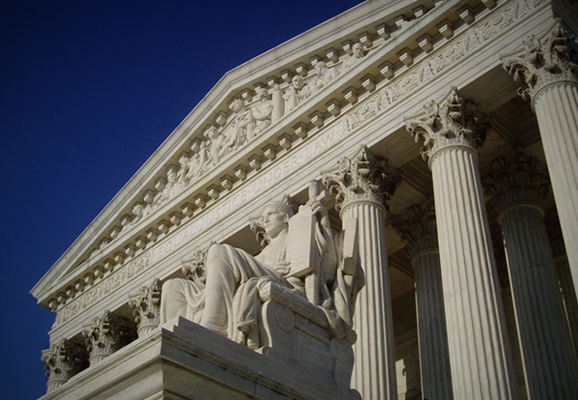 The Northern District of Ohio Judge Christopher Boyko ordered that the City “shall take no action which interferes in any way with Plaintiffs’ use of the Shaker Heights Taxpayers Union Logo. . .

This Order comes in response to legal action filed on behalf of the Shaker Heights Taxpayers Union (“SHTU”). This legal action included a demand for an immediate injunction prohibiting city officials from engaging in any further threats, intimidation, or retaliation in response to the taxpayers’ legitimate exercise of their constitutional rights

Shaker Heights resident Mark Zetzer formed the SHTU to advocate against the City’s placement of a personal income tax increase on the August 7 ballot, arguing that Shaker Heights taxes were already the highest in the state. In addition Mr. Zetzer designed for the group a logo that parodies the City of Shaker Heights logo by replacing the City logo’s leaves with dollar signs, to represent City officials’ use of taxation as a first-resort (see the logo below).

Even though federal courts have repeatedly confirmed that the First Amendment trumps trademark law in the field of political speech, just as Mr. Zetzer’s message was beginning to gain traction, the City of Shaker Heights sent Mr. Zetzer a “Demand to Cease and Desist,” threatening that “[f]ailure to stop [use of the SHTU logo] will result in the City taking legal action to protect its trademark, including a request for an award of damages.”

In response, SHTU had been forced to stop using the logo in its campaign.

“This case featured an appalling attempt by city officials to silence anyone who stands in the way of their access to more of Shaker Heights residents’ earnings,” said Maurice Thompson, Executive Director of the 1851 Center. “The Court’s Order preserves the rights of Ohioans to effectively criticize their local governments, particularly as they push for more taxes, and further acknowledges that political speech parodying one’s government cannot be abridged.”

Added Thompson, “Conducting frivolous legal activity on city time is not just unethical – – it’s also a waste of public funds. If the City simply abstained from paying government employees to engage in activities such as instituting official-appearing legal threats to silence opposing viewpoints in the heat of an election, there would likely be no need to impose additional taxes on Shaker Heights residents.”

The 1851 Center’s Complaint can be viewed here.

The Motion for a Preliminary Injunction is available here.

Enforceability of Ohio Constitution at Stake in Standing Dispute over JobsO...
Scroll to top