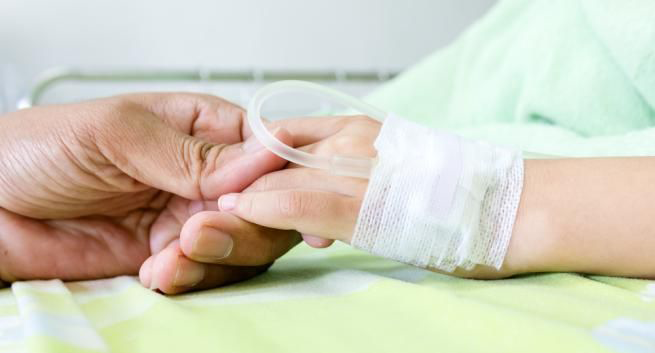 Columbus, OH – The 1851 Center for Constitutional Law  began representation of Andy and Anna Hershberger, parents of Sarah Hershberger, a ten year old Amish girl upon whom the State of Ohio, through Akron Children’s Hospital, seeks to force an unnecessary and potentially-deadly form of chemotherapy.

The litigation began when the Hershbergers removed their daughter from the Hospital in July, in favor of a less invasive alternative treatment, after it appeared as though chemotherapy itself was a greater threat to her than her mild form of cancer. The Hospital then moved in court to take Sarah from the Hershbergers and force treatment in July.

The case is now pending on a jurisdictional motion before the Ohio Supreme Court.

The Motion for Jurisdiction requests review and reversal of the Court of Appeals for the Ninth District of Ohio which concluded that Ohio children can be taken from their parents and forced to submit to objectionable procedures “without regard to the suitability of the parents.”  The Court used an obscure Ohio statute intended to address child abuse and neglect to order Sara to be taken from the home and forced to undergo chemotherapy.

However, the United States Supreme Court has long emphasized the importance of parents’ rights to direct the upbringing of their children, alongside the right to refuse unwanted medical treatment. The Ohio Constitution does the same even more vigorously. Accordingly, on each front, the 1851 Center maintains:

The Supreme Court has also explained that there is a “fundamental right to refuse medical treatment.” Despite these clear principles, the Court for the Ninth District ruled that “upon a mere finding it is in the best interest of a minor, [the Ohio Revised Code] authorizes a probate court to supplant a parent’s rights and responsibilities through appointment of a limited guardian,” and that it may do so irrespective of whether “the court finds the child’s natural parents to be unsuitable parents.”

The Court made this ruling even though Sarah’s mild form of cancer is a type that can and is being treated without chemotherapy, and despite conceding that chemotherapy may well cause loss of hair, infections, infertility, cardiovascular disease, damage to internal organs, an increased risk of contracting other cancers, and even death.

“This case touches upon the very role of government in a free society: our Constitutions do not empower state government to rip a child from her admittedly competent parents and loving home, and force her to submit to unneeded treatment that may kill or sterilize her, when other courses of treatment are being pursued, and are working,” said Maurice Thompson, Executive Director of the 1851 Center. “This is amongst the very things that the 2011 Health Care Freedom Amendment was passed to guard against – – a state that can force health care upon you or deprive you of it can control every aspect of life.”

The hospital’s move came only after county social services officials found the Hershbergers to be quality parents, and, and despite hospital demands, refused to take Sarah from the family. The Medina County probate court found that the Hershbergers were model parents, explaining “there is no evidence the parents are unfit or unstable,” and “there is not a scintilla of evidence showing the parents are unfit.”