Columbus, OH – The Supreme Court of Ohio heard arguments on January 23 to determine the extent to which Ohioans may take legal action to force state government to comply with constitutional spending, indebtedness, and corporate welfare constraints.

The 1851 Center for Constitutional Law has spearheaded the litigation, briefing and arguing the merits of the position that the Ohio Constitution demands broad access to the courts for taxpayers seeking to enforce the Ohio Constitution’s structural restraints on government. The Center had originally submitted to the Ohio Supreme Court a “friend of the court” brief asserting that Progress Ohio and other left-wing challengers must be found to have taxpayer and “public interest” standing to challenge the constitutionality of Governor Kasich’s JobsOhio legislation.

The 1851 Center asserts that if Ohio’s high court gives a pass to lower court rulings that Progress Ohio does not possess standing in this case, the Court will essentially bar all Ohioans from enforcing the Ohio Constitution’s stringent spending, debt, and “anti-corporate-welfare” provisions, effectively rending these provisions unenforceable.

The 1851 Center’s initial brief, which takes no position on the substantive issue – – the constitutionality of JobsOhio – – asserts the following:

“While we may not agree with Progress Ohio’s politics, we certainly believe that they, like all Ohioans, must have standing to defend the Ohio Constitution in court, if that document is to remain enforceable,” said Maurice Thompson, Executive Director of the 1851 Center for Constitutional Law. “By requiring a ‘personal stake’ in a matter upon which all Ohioans are harmed relatively equally, such as state spending, indebtedness, and corporate welfare, Ohio courts are pulling the rug out from under these key constitutional limitations on government, and placing their own preference for abstaining from the hard work of enforcing the constitution above them. Such decisions cannot stand, if these important limits on government are to be enforceable going forward.”

Continued Thompson, “The Ohio Supreme Court’s decision in this case needs to acknowledge that when courts strip Ohioans’ of the right to enforce constitutional limits on government in court, they essentially redact those constitutional limits through procedural artifice. Ohio judges should enforce, not redact, the Ohio Constitution”

Read the 1851 Center’s initial Brief in this case HERE.

November 7, 2013: Columbus Dispatch: Supreme Court to decide who has the right to sue JobsOhio 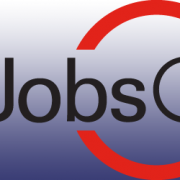