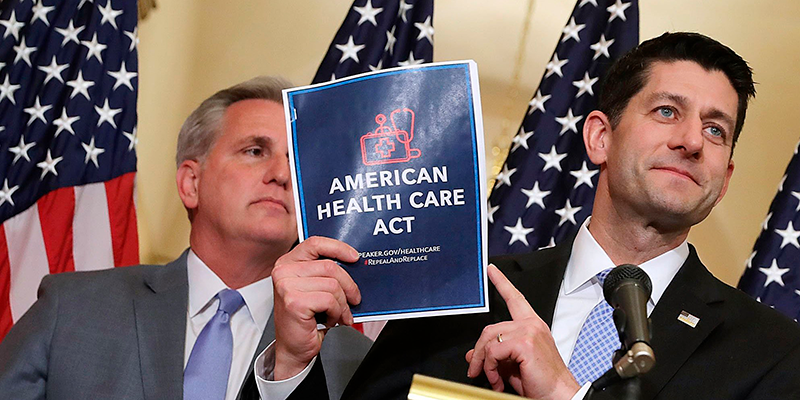 Twenty-six state legislatures have introduced bills to propose constitutional amendments to block the individual mandates contained in the new federal regulations, according to the National Conference of State Legislatures.  Ohio’s filing by the Ohio Liberty Council is the nation’s first citizen-initiated action.

Below is an historical overview of the major actions, spanning from March of 2010 to passage of the amendment in November of 2011.  In addition, media links and court documents are provided.

The Ohio Liberty Council, a statewide coalition of over 25 grassroots groups, submitted a proposed state constitutional amendment that will “preserve the freedom of Ohioans to choose their health care and health care coverage.” The group filed constitutional amendment summary language and nearly 3,000 signatures from registered voters in 48 counties with the Ohio Secretary of State and Attorney General.

“The health care reform bill’s requirement to maintain minimum essential coverage essentially asserts that if you are alive, you must buy health insurance that is acceptable to the federal government. However, the mere act of being alive is not commerce that can be regulated by the federal government,” said 1851 Center Executive Director Maurice Thompson. “Accordingly, the legislation is constitutionally tenuous, and will take a backseat to our constitutional amendment, which upon enactment, will be a fundamental right amongst all Ohioans.”

The amendment does not:

Member groups of the Ohio Liberty Council gathered thousands of signatures in just 48 hours. Over 25 groups covering a majority of Ohio counties participated in the signature gathering effort and will now prepare for the next phase of the project.

April 9, 2010: Ohio Ballot Board Nixes Citizen’s Initiative
Secretary of State Jennifer Brunner and the Ohio Ballot Board ruled the proposed constitutional amendment aimed at protecting Ohioans from forthcoming health care regulations should be split into two parts. As a result, the board rejected the proposed amendment and told its sponsor, the Ohio Liberty Council, to start over.

The 1851 Center for Constitutional Law filed a complaint with the Ohio Supreme Court seeking a remedy for improper actions taken by the Ohio Ballot Board. On Friday, the Ballot Board, chaired by Secretary of State Jennifer Brunner, rejected a proposed health care freedom constitutional amendment. It ruled the Ohio Liberty Council, the amendment’s sponsor, must resubmit the measure as two separate amendments. The ruling requires the group to rewrite its constitutional amendment, and gather two sets of 402,276 signatures for two separate amendments by June 30.

In the writ of mandamus filed with the Ohio Supreme Court, the 1851 Center asserts the Ballot Board’s actions are arbitrary and run counter to the board’s own past precedent. The complaint contends the Ohio Liberty Council’s proposed Ohio Health Care Freedom Amendment addresses only one subject and should move forward as one constitutional amendment. Further, the Ballot Board’s ruling “effectively eviscerates the Ohio Liberty Council’s objective, and threatens to eviscerate access to the November, 2010 ballot,” the 1851 Center wrote in the complaint.

The court ordered Brunner and the Ohio Ballot Board to immediately certify the language and allow the petitioners to begin collecting signatures to qualify the issue for the November ballot.

Supporters delivered more than 546,000 signatures to the Ohio Secretary of State to place the Ohio Health Care Freedom Amendment on the November ballot.   The amendment would add a 21st Section to Ohio’s Bill of Rights “to preserve the freedom of Ohioans to choose their health care and health care coverage.”

For the amendment to move forward, approximately 386,000 signatures must be declared valid.  Internal due diligence indicates that over 440,000 of the collected signatures (over 85 percent) are valid.  This is believed to be the most signatures collected by a volunteer-only organization in Ohio history for a constitutional amendment.

The following language was approved for Issue 3 on the November 2011 ballot:

Issue 3: Proposed Constitutional Amendment to Preserve the Freedom of Ohioans to Choose Their Health Care and Health Care Coverage

Proposed by Initiative PetitionTo adopt Section 21 of Article I of the Constitution of the State of Ohio.

A majority yes vote is necessary for the amendment to pass.The proposed amendment would provide that:

The proposed amendment would not:

If approved, the amendment will be effective thirty days after election.

Watch the entire recording of the Ballot Board meeting here

The Ohio Supreme Court this morning rejected a challenge to remove Issue 3, the Health Care Freedom Amendment, from the November ballot. The challenge was brought by ProgressOhio, a left-leaning think tank, who moved to invalidate thousands of signatures collected by petition circulators.

The Court found, as Amendment’s proponents, through the 1851 Center for Constitutional Law had argued, that the challenger’s “legal claim lacks merit,” and “even if his challenge had substantive validity, Rothenberg’s evidence is insufficient to establish that the part-petitions do not have enough signatures.”

Volunteer backers of the Health Care Freedom Amendment submitted over 546,000 signatures to the Secretary of State’s office last month. 426,998 signatures were verified, and of those, Progress Ohio attempted to challenge the validity of 62,000.

The court unanimously ruled the challenge lacked merit and that ProgressOhio’s case did not show the signatures fell short of the 385,245 valid signatures that were required.

“The Court’s decision is simply another repudiation of Ohio’s advocates of unlimited government, as well as their ongoing effort to use the courts to accomplish that which they fear they cannot accomplish in the light of day, through a free and open election,” said Maurice Thompson, Director of the 1851 Center for Constitutional Law, which defended the proponents.  “Opponents of liberty, no doubt recognizing the importance of squashing a growing grass-roots revival in favor of limited government, decided to bring a case before they knew whether they had a case.  Ultimately, this frivolous politicized approach permeated their legal arguments and evidence.”

See the Ohio Supreme Court’s decision on this issue here.

March 26, 2012: The 1851 Center Analyzes the Amendment’s effect on implementation of Obamacare in Ohio

July 6, 2011: TIME: In Ohio, the Tea Party Rallies Around Opposition to Healthcare Mandate

April 13, 2010: Application for Writ of Mandamus. Asking the Ohio Supreme Court to compel Sec. Brunner and the Ohio Ballot Board to include the amendment on the next election ballot as written.

April 20, 2010: Merit Brief. Laying out the argument for why the amendment should be included on the next election ballot.

April 22, 2010: Motion in Opposition of Extension. Opposing an application by the state for an extension.

April 29, 2010:  Writ of Mandamus from the Ohio Supreme Court, directing Sec. Brunner and the Ohio Ballot Board to certify the amendment.