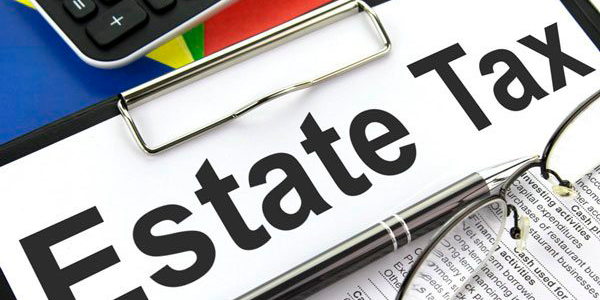 Opponents of the estate tax and government spending growth said Thursday they are asking the Ohio Supreme Court to declare that two groups of township and city officials are “the functional equivalent” of public offices and should be required to abide by the public records law.

The Dayton Tea Party filed a complaint asking justices to order the Ohio Municipal League and the Ohio Township Association to release policy and financial records related to their legislative lobbying against repeal of the estate tax and in favor of increases in the Local Government Fund.

Both groups declined to produce the material on grounds they were private organizations not subject to the public records law.

Maurice Thompson of the 1851 Center for Constitutional Law, who is representing the Dayton Tea Party, argues that all or nearly all of the OML and OTA support comes from municipal government dues, fees, and contributions, using taxpayer funds.

He said local governments “have shrouded in secrecy certain governmental activities, such as lobbying, through utilization of private organizations,” including the OML and OTA.

“Meanwhile, these organizations refuse to respond to public records requests, denying information to citizens regarding the use of their tax dollars to promote and advance highly ideological causes by and on behalf of local governments,” he told justices.

Mr. Thompson contends that the OML and OTA are the “functional equivalents of public offices” under the state’s public records act, and must produce documents about the operation of their organizations, including lobbying efforts before the General Assembly.

He said the groups were using public funds to participate in a campaign to inflate the amount of state money spent on the Local Government Fund, and to oppose repeal of the estate tax. Both provisions are included in the pending biennial state budget (HB 153).

“Both the OML and the OTA continue to use Ohio taxpayers’ funds to operate in secrecy on these issues,” Mr. Thompson said. “In the course of their clandestine operations, OML and OTA argues against repeal of the Ohio Estate Tax and in favor of inflating state spending on local governments.”

The complaint asks the Supreme Court to compel the groups to comply with the requests for records, and to pay court costs, attorney fees, and statutory damages.

The Dayton Tea Party, Inc. was described as a non-partisan, non-profit corporation that is a conglomeration of 19 “liberty groups” in the Miami Valley region.

The complaint was filed in the name of Robert Scott, the group’s president and founder, who “has invested significant effort into effectuating repeal of the Ohio Estate Tax, and reducing state government spending.”

Mr. Thompson asked the court to apply a four-part functional equivalency test it cited in a 2006 opinion to determine whether a private entity is a public institution for purposes of the public records law.

“In applying the functional-equivalency test, courts in other states have adjudicated private organizations comparable to the Ohio Municipal League and Ohio Township Association to be amenable to public records requests,” he told justices.

Susan Cave, OML executive director, said she had not seen the complaint and could not comment.